All for Joomla All for Webmasters

Cancer, the name itself gives shivers upon the spine & is known as cancelled in the life in the state of Gujarat, is as old as our Human civilization. It was found some 80 million years ago in Dinosaurs, in the bones of epic creatures, are confirmed now as Cancer of Bones.

It’s thrilling to know that Egyptian Mummy’s, draped in most sophisticated chemicals in & around their bodies for thousands of years, were tumor inflicted dead bodies.

So the Cancer at the beginning of Human race & cancer now have hardly any gigantic changes. It was not heard at that era & even we knew lot about it but the fury of cancer is spreading like anything as wildfire in jungle. Tens of Thousands of people are dying every year with this dangerous enemy of Human Race ever.

Today we are boasting of Miracles of Science & Technology, which is making our present life with full of comforts & sheer luxury. Still the Devil “CANCER” is roaring to destroy our life & throwing real challenges to the Best of Medical & Scientific miracles. 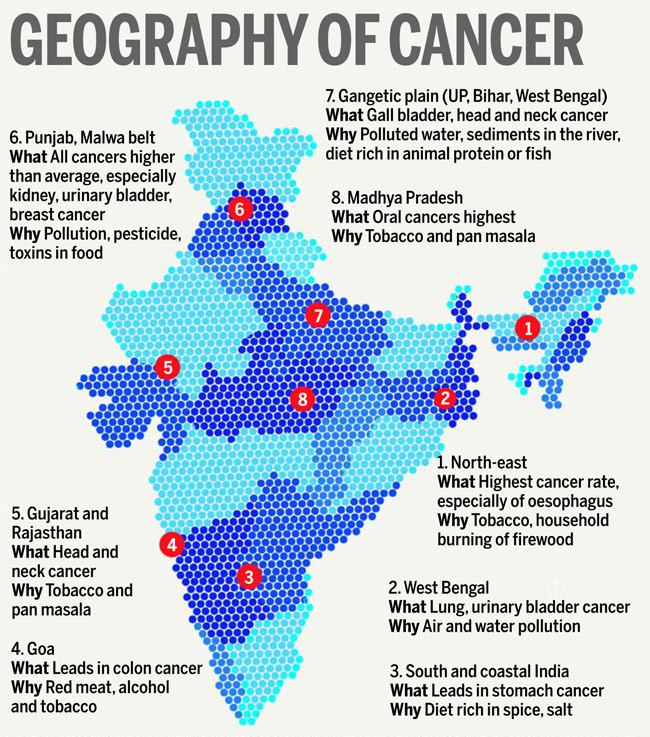 The reason behind this Gala Challenge is lack of any vaccination against any of the no of Cancers.

But why vaccination is not developed at yet in spite of miracle of science & technology, the very reasons is the lack of exact reasons behind its development to human body. Even if one asks why reasons are not known then we simply say that science is failed to know the reasons behind chemical changes in our body’s system.

As it’s very much clear from all resources/researches available that Cancer is not a disease but a group of diseases, caused by haphazard intake   of multiple mixes of ingredients to human body, most of which are alien to ingredients inside of human body , So there is a big fight of survival between two ingredients, one in-house & another foreign, & once foreign wins over the in-house ingredients ,the human body is occupied by unwanted foreign ingredients & they start controlling human  body’s whole  immune system. There is a complete mess in human body’s system. Nobody (cells) knows what function they (cells) perform. This mess creates lot of irritation, confusion, and stress to all cells in human body, which start moving & developing in unsystematic & irregular manner. Beside human body’s main controller loses it’s grip over whole lot of groups of cells. This complete web of events called Cancer Growth.

Now if we talk about human body’s anatomy. It’s made of 5 natural elements as Earth, Sun, Sky, Air & Water, so when human body is made of natural ingredients & it requires the same to grow, flourish & function naturally. But, are we really supplying the same to our body? Answer is a big no.

As it was mentioned earlier that Cancer was heard at the beginning of human civilization, but it was very tiny in it’s growth because of very less disruption & distraction to natural system of human body. The human body was supplied the only natural ingredients, not manmade foreign ingredients as we do now. This mismatch originates not cancer but all other sickness to human body.

Medically, cancer is the decease of cells, not by infections with virus & bacteria. It starts with a single cell, grows abnormally & formed a tumor & that single cell is so powerful that it takes head-on with remaining billions of uncountable cells in the body. This particular cell multiplies in the same way as The Devil Mahisashur was multiplying himself with every drop of blood shed with injury inflicted by Goddess Kali Maa. The best part of this epic story was that Devil was killed by Goddess Kali Maa, because the Goddess Kali was formed by Divine particles from all Gods. But now devil Cancer is so strong & unbeatable because there is no Goddess Kali to kill it, but only devilry particles/ingredients which making this devil cancer more strong & strong.

Cancer deaths are increasing very fast around the globe in spite of best of medical & research facilities. If one really goes into root of this mismatch the reasons are: